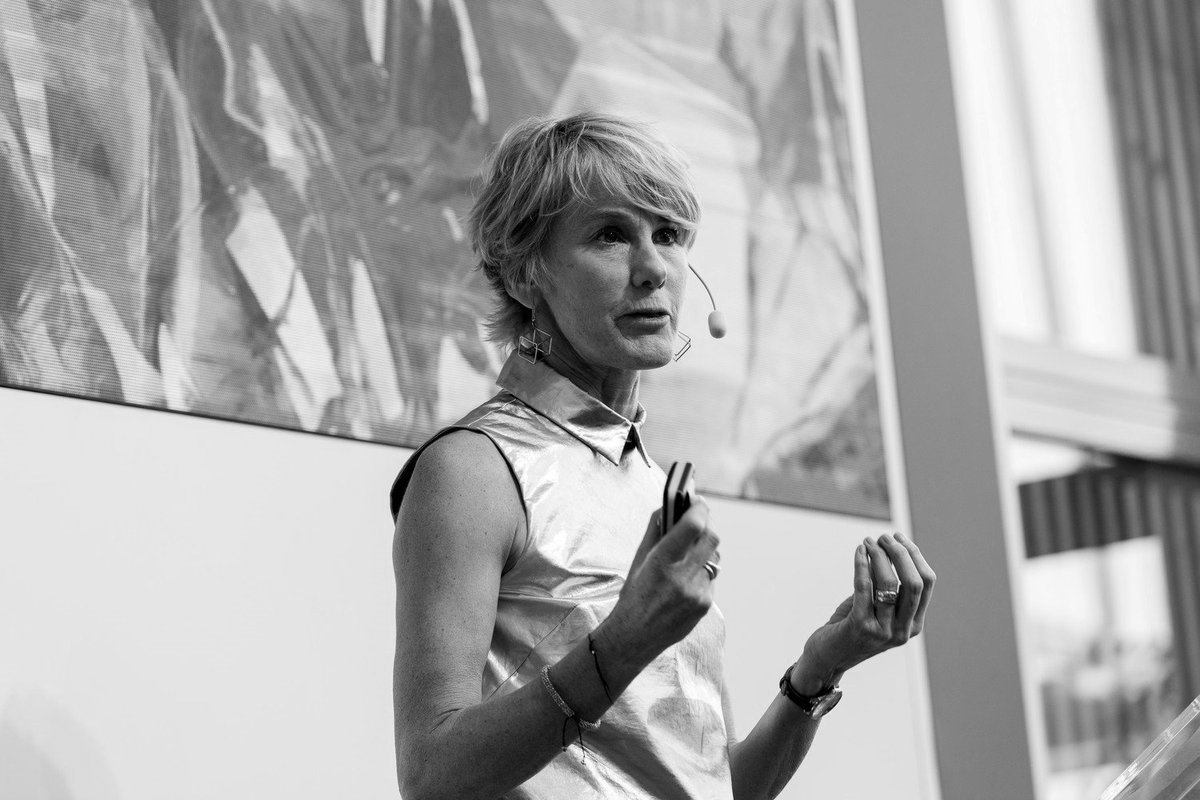 "I started my career in advertising, before setting up a restaurant at the age of 25. I wanted to create wonderful food in wonderful surroundings. We won a Michelin star in the first year, which was both amazing and terrible as we were a very young team. Cut to five years later—I married my restaurant manager and it was clear it was time for me to leave and start something new.

I’m a serial re-inventer (I generally think women are better at it because we’re biologically used to change), so I set up a design agency with my friend, Kathy Miller. We decided to focus solely on the things that we were interested in—meaning, drinks and beauty. Pretty soon, we became the go-to boutique agency for tons of brands to the point that people would come to us asking if we could take over their production lines and help source materials. So, we got involved in the manufacturing process.

Throughout that whole period we had our baby making years, and we realized that there was a huge gap in the market for a beauty brand that can meet the challenges that pregnancy and its aftermath brings. Moms want products that are safe and reassuring—and, of course, actually work. We launched Mamma Mio in 2005 and grew the brand over the next ten years. We were our target consumers so it was easy to create products that spoke to us, but eventually, that ran its course and we decided to sell the business. So—naturally—it was time for me to reinvent myself again.

That’s when I got involved in the launch of a film called, A Plastic Ocean. It was an epiphany for me. Before then, the millions of tons of unrecyclable plastic bottles being pumped out into the world everyday wasn’t on my radar. I woke up to the havoc that we’re wreaking on the planet—all because of our addiction to plastic. I couldn’t wait to dive deeper into the subject. The more I knew, the more I couldn’t not do something about it. Plastic is indefensible and we only have ourselves to blame for plastic pollution—but you can’t just tell people about problems, you have to offer them a solution.

So I got to thinking: How can I apply my entrepreneurial skills to environmental issues? My answer came in the form of founding A Plastic Planet, a different kind of non-profit business that focuses entirely on misused plastic in the food and beverage industries. We worked with officials Amsterdam to create a plastic-free aisle in the supermarket, and we worked to educate and empower consumers to turn off the plastic tap. Only last year, we influenced the government budget in the United Kingdom. It became the first country to tax plastic. We went in with a very strong proposal: Why tax the coffee cup without taxing the plastic bottle?

I don’t see anybody as the enemy, though. There is no room in this life for guilt—but there is collective responsibility. We all have a hand in the way we consume and therefore, manufacture things. We have to be able to call out major brands like, Coca Cola. Each year they pump out a billion more bottles than they did the year before. There’s no change happening there, unless there’s a decrease in demand for it or a rallying call for them to change their packaging—or heavier taxation. People power versus plastic pushers is what we need to consider.

It can be hard to make the switch to plastic-free, and I’m not immune to slip-ups, either. Plastic is unavoidable in some situations, but you just have to be prepared with alternatives and allow yourself to let some things slide—like the seal on a glass bottle or the backing of a band-aid, for example. Always carry a reusable cup and bags, buy cans instead of bottles, vow to never use saran wrap (it’s the worst kind of plastic there is), never buy microwave ready meals. Those are some easy tips. Nobody should cook in plastic ever, either. Too many health scientists have ignored the impact on human health that it brings. It’s a story waiting to be told—and I’m sure someone will tell it sooner, rather than later.

Recycling is a false veneer, also. Nothing gets recycled, and we will never recycle our way out of this crisis. Even if we doubled our efforts, we would still only be at 8% in the United States. Currently, only 4% of everything “recycled” actually gets recycled. The rest ends up in the ocean or landfill. We need to ween ourselves off plastic and our crazy rate of overconsumption if we want to make a difference.

At A Plastic Planet, we want to help make the collective shift easier. So we’re introducing a plastic-free consumer trust mark that sits on the front of packaging so people can see it easily. We’re not trying to be elitist or antagonistic with it. We come in peace and want to help businesses change: Let’s double the amount of plastic reduction in six months, a year, and so on. Another thing we’re introducing with the Soho House Group is a “working towards plastic-free” commitment mark. No one is a plastic saint, but committing to change gradually can set a business apart. Small brands are the best, because they are nimble and can pivot more easily. With our help, who knows, one of them could just become the next Patagonia."